Good evening, ladies and gentlemen. We are tonight's entertainment!

Back in 2008 The Dark Knight was released in the theaters and I had decided I wanted to do a tribute costume of late Heath Ledger's version of the Joker. The costume was completed in time for Halloween of 2008 and everything went great, nothing but positive responses. Well come 2011 I wanted to do something a little different with the Joker. As I had already purchased table space at Phoenix Comicon I knew this costume had to come out again. So I knew the costume by itself wound not bring that much attention to my booth. So I thought about it, and whats better than a life size full realistic Joker from The Dark Knight?

A few years prior to this I had it in my head that one day I would want to built a stand up to display this costume so I ended up purchasing a urethane resin Joker bust from a company called Howard S. Studios. The down side to this bust was that it had sculpted hair and it was a hard resin, by no means life like. Once I had received it I started to paint it and was not happy the way it was turning out, so it was shelved for a year and a half. Which brings us to our current time.

Unfortunately I did not take a picture of what the bust looked like unpainted but I do have a few of what it looked like before I gave up painting it the first time. 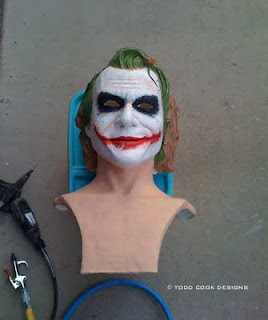 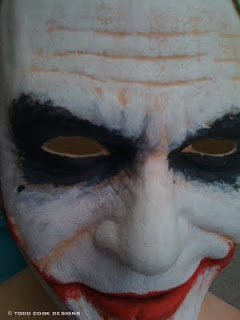 *** IMPORTANT INFO: I DO NOT CONDONE RECASTING FOR PROFIT, ONLY FOR THE GOOD OF THE PROP. ONLY ONE CAST WAS MADE OF THIS BUST AND THE MOLD WAS DESTROYED ***
The first step in changing this bust was to strip off the paint so that when a new mold was made I could capture all the detail of the sculpt without the paint interfering. 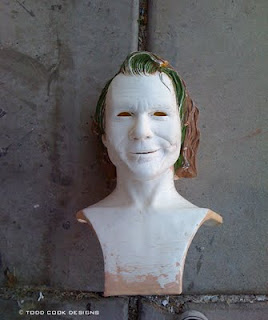 Since the final piece would have punched hair in place of the sculpted hair I had to find a way to remove the hair but keep the shape of the head. In order to do this I filled the hollow resin bust with expandable foam. 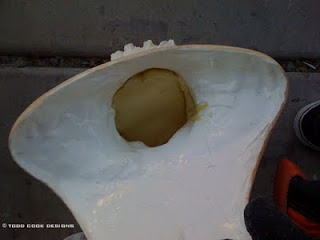 Once fully cured I took several different tools (dremel, grinder, palm sander, and a table sander) and sanded off the hair and the partial ear that was sculpted. 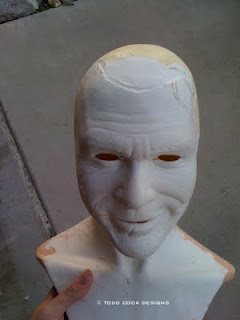 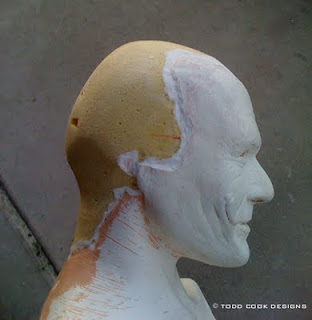 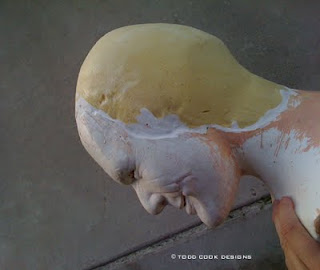 Now that all the hair is removed I sealed the foam with Smooth On Smooth Cast 320. Then I applied body filler to help sculpt the final shape of the head. 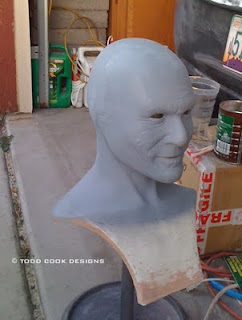 The only thing missing at this point is to sculpt a set of ears and attached them to the bust and then it can be set up to be remolded. 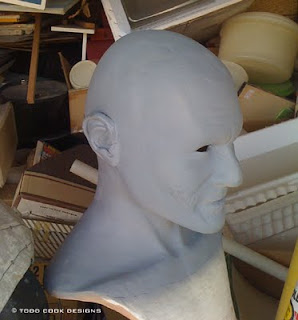 To get this ready to be molded I added some clay to certain areas to hide any seems that could be seen and added a clay barrier around the bottom where I wanted the mold to stop. 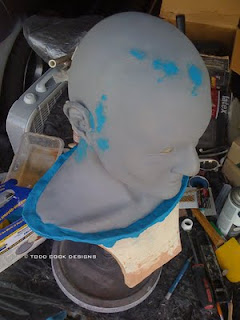 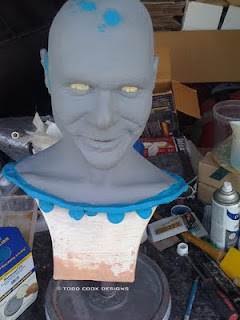 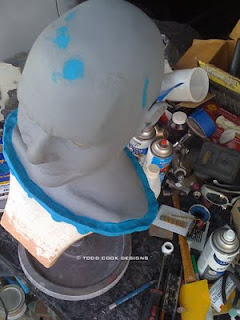 Next blog will show the molding process.