A Mogwai for a Good Cause

A few months ago I became aware that an old friend was in need of important, even life saving operation. Family and friends were doing what they could to raise money for him, so at that moment I decided that I would do what I could to contribute to his cause. I decided I would make a prop and sell it with all proceeds going straight to him for his operation. That prop... is a Mogwai. Some of you might ask "What is a Mogwai?" A Mogwai is a fuzzy little creature that turns into a Gremlin when it eats past midnight.

For this project I wanted to sculpt him out of Chavant nsp medium clay. This kind of clay is prefect for doing a sculpt like this, plus you can also use silicones with it as some clays you cannot. 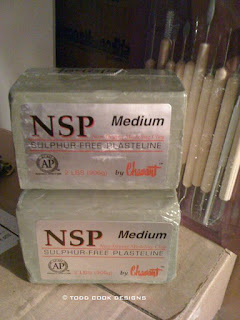 The next step was to make a blueprint of the Mogwai without any fur on it. 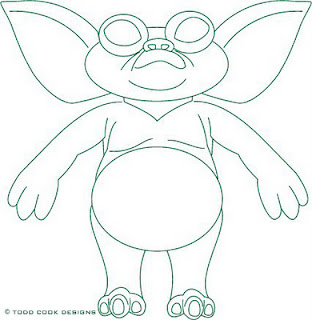 Once that was completed I could start the build up. I started first by making a wire skeleton that would support the entire sculpt. 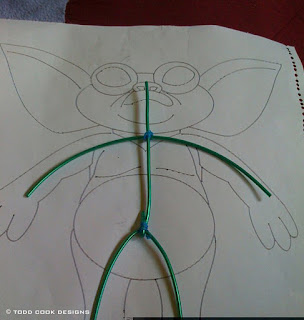 Once the skeleton was completed it was then covered in tin foil. The purpose of that is to take up some of the mass of the sculpt so you don't end up with a solid heavy clay figure. 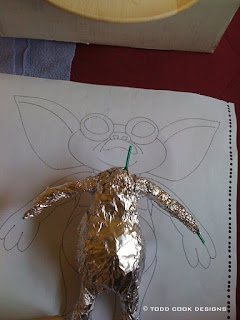 When the body was to the size I wanted I then mounted it to a base board for sculpting. 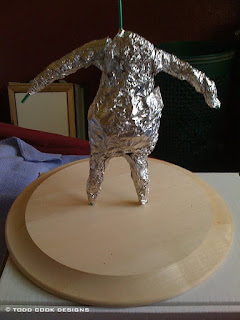 Now time for the fun part! The clay was applied to the entire tin foil body and the sculpting process could begin. 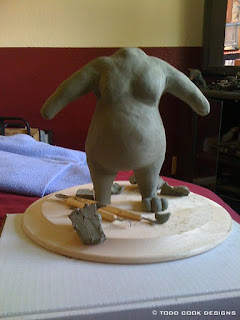 The same process was applied to the head. Some pieces such as the hands and feet will be molded separately for different options on the finished piece. At this time the sculpt is complete as I just have a few minor clean up spots before this can be molded. 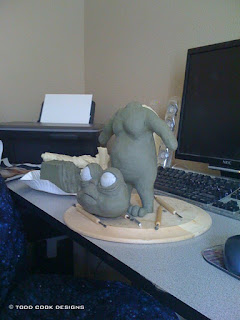 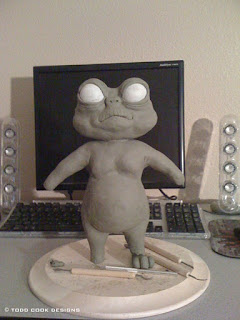 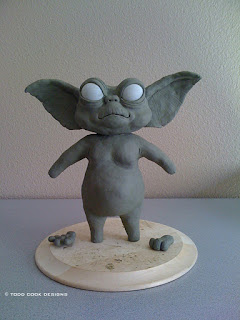 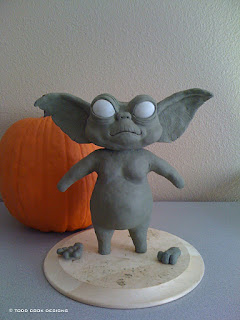 Labels: A Mogwai for a Good Cause