Voyage Trekkers: A Qwest for Sight

One of the Voyage Trekker props I was asked to improve upon was the Lt. Jayda mask. The original mask that was sculpted by Brian Blackwell for season 1 was cast with the eyes solid, therefor the actor could not see anything. This is where I come in... but I think before I get into the modifying of the mask we should all watch the first episode that featured Lt. Jayda.


Now on to the new eye constructing. This is how the mask looked when it arrived at my shop, 0% visibility. A second mask that was a bad pull out of the mold was also dropped off as well for testing purposes. 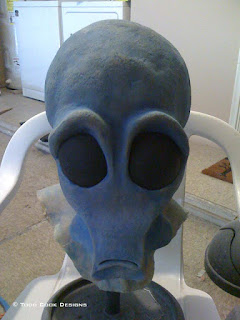 First thing I did was purchase a set of acrylic ornament balls at a craft store that were the correct size to Jayda's eyes. Then I cut out the eye from the second mask that was the bad cast and used it to trace an outline on the acrylic ball so I knew where to cut. Making sure to label the top of the eye and which eye it was so there wouldn't be any confusion later on. 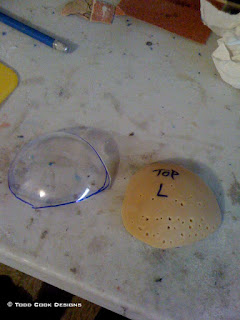 Once the acrylic ball was all cut and the edges smoothed out I test fitted it over top of the eye on the screen used mask. 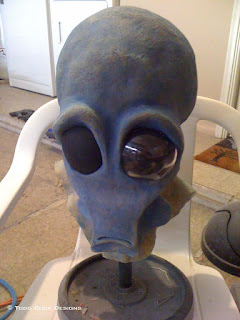 The next step would be making the eye black, but still allowing the actor to see through it. I tried several different methods, but this way seemed to be the best fit overall.

I first cut out a piece of 4 way stretch black cloth that was slightly bigger than the acrylic eye piece. 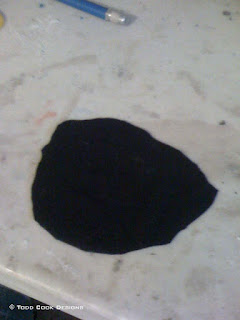 I stretched it around gluing it every 1/4 of an inch with gel super glue making sure to keep the fabric tight. 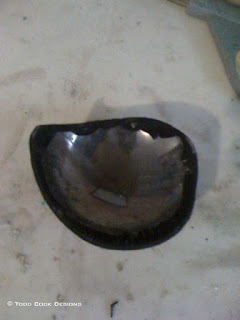 This is how the final result came out. Completely black with about 90% visibility. 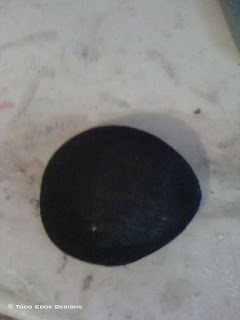 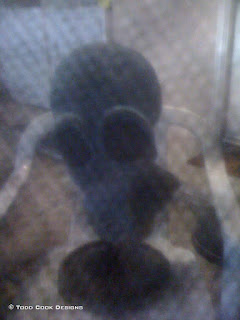 The next step would be attaching the new eyes to the existing mask. So what I ended up doing was drawing a line about 1/2 of an inch in on the original eyes that would act as a cut line. 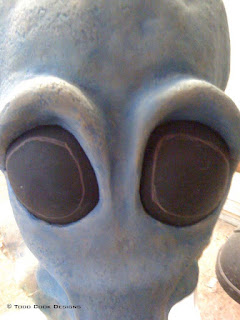 Then I used a sharp hobby knife and cut on the line drawn. 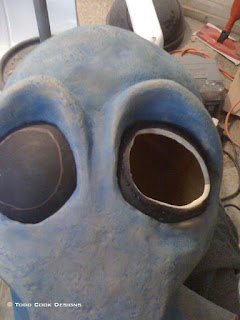 Once the middle piece was removed I applied more super glue gel to the remaining section of eye and glued the new eye in place.The same steps were repeated for the other eye. 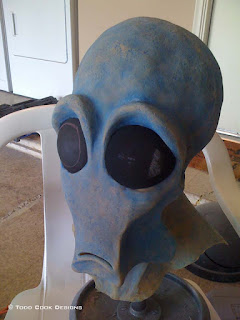 I didnt do a whole lot with this project, but what I did do will hopefully make a world of difference for the actor playing Lt. Jayda. Here is the final product with his new peepers. 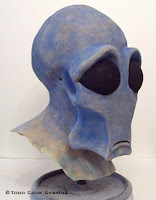 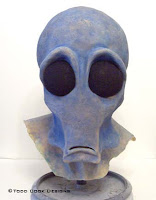