This project came about when I wanted to get my girlfriend something special for her birthday. She is a huge Game of Thrones fan and relates to the character Daenerys Targaryen. If you follow the show you know she has 3 dragon eggs in the first season. I looked around to see what was out there and came across blind squirrel props egg that he had built, but alas his were unavailable due to the fact that he needed to remake his molds. So after looking at his build I decided that I could easily just make one my self... so cue the opening.

Okay now that we got that out of our system, on to the build. First step is always a lot of research, pictures, video whatever you can find to help you to complete the final piece. After that it was on to search for an egg for the under structure. I have seen people use a lathe to shape out the egg, but I have never used a lathe nor do I have access to one so I had to go a different route. A friend of mine had suggested large Easter eggs from craft stores, but unfortunately it was no where near Easter and stores dont keep them in stock all year round. My friend then told me he had one I could use but he had cut it up for another project and if I wanted to use it I would have to repair it. At this point I didnt have any other options and I knew it would be an easy fix. 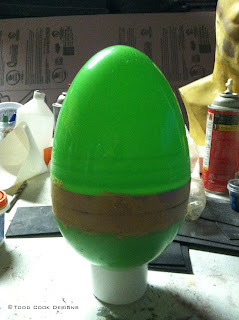 I added some foam and glued it all together to recreate the egg shape, knowing it did not have to be perfect as the scales would cover it up. 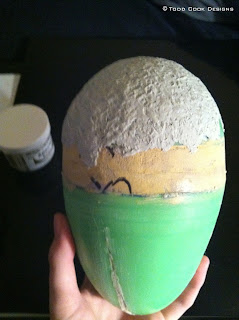 Next I made a template off of a scale from the original I found online and began drawing out all the scales onto a thin foam material. Then cut them all out by hand with a hobby knife. 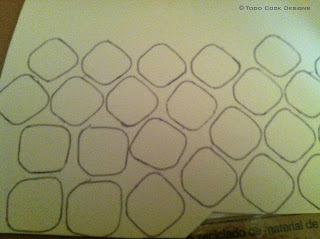 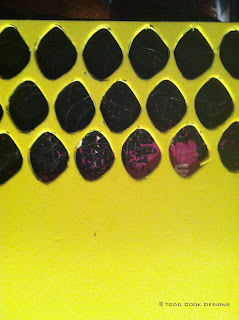 Once I had enough scales cut out I started gluing them down with loctite super glue gel. 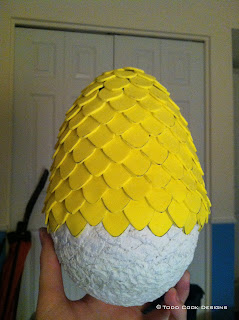 After they were all glued into place I sprayed a coat of primer just to see how it would look all in one color. 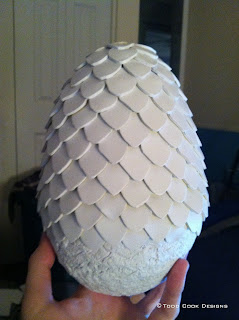 I then added some apoxy putty around the bottom of the scales to blend them into the stone bottom. Now it was all set up and ready to mold. 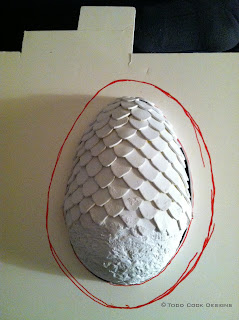 I wont go into all the molding steps, as I have covered that all before, but I will show the pretty pics of the steps. 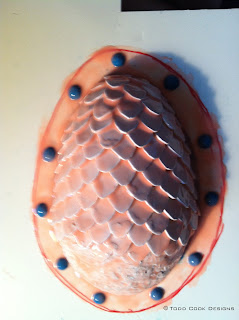 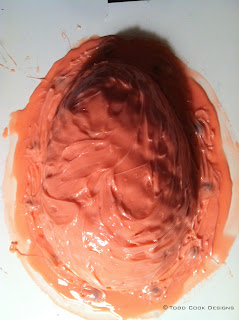 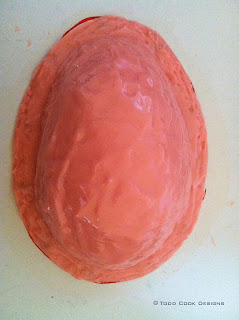 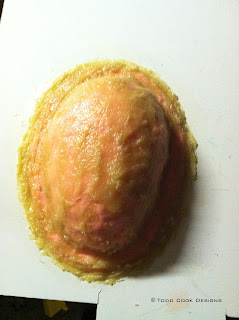 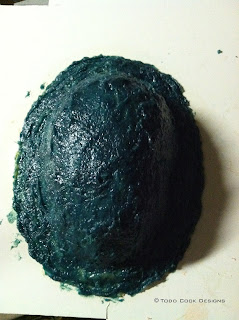 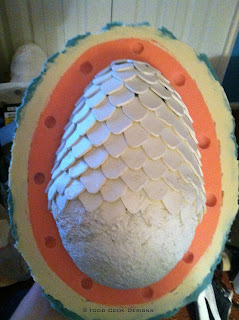 I dont have pictures, but the other half of the mold was built the same way as the first. The mold was filled with smooth-on black onyx and closed up and slushed around until it hardened, and this was the result: 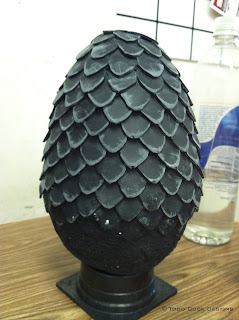 It was lightly sanded and the small bubble holes were filled and it was ready for paint. I used a hunter green spray paint for the under coat with a lime green pearl for the top coat. The bottom was applied by brush to the stone texture to give it an uneven look. 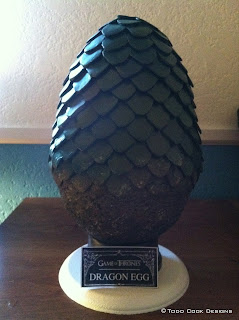 The stand was built from different pieces from home depot and the plaque was printed on to brushed aluminum. 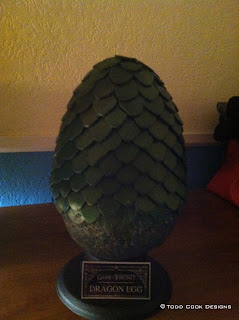 Here is the finished piece on display in my girlfriends house. 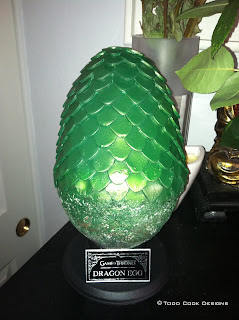 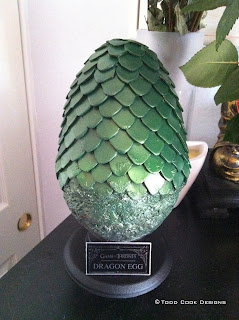