It has been a while since I posted any new updates, because I have been super busy. Many new projects have been created, but lets get into some projects that have been completed but not shown on here. First up Gizmo from gremlins!

Last we left off I had all the pieces cast and the eyes airbrushed. Basically everything was ready to assemble, so lets get into it. After completing my first gizmo (OG Gizmo) I decided that he seemed a little too skinny so I wanted to cut the body in half and make him a little wider.  I sawed the urethane foam body in half and laid the 2 pieces on a blueprint of gizmo that I had used to sculpt him to size. From there I could figure out how much wider he needed to be. 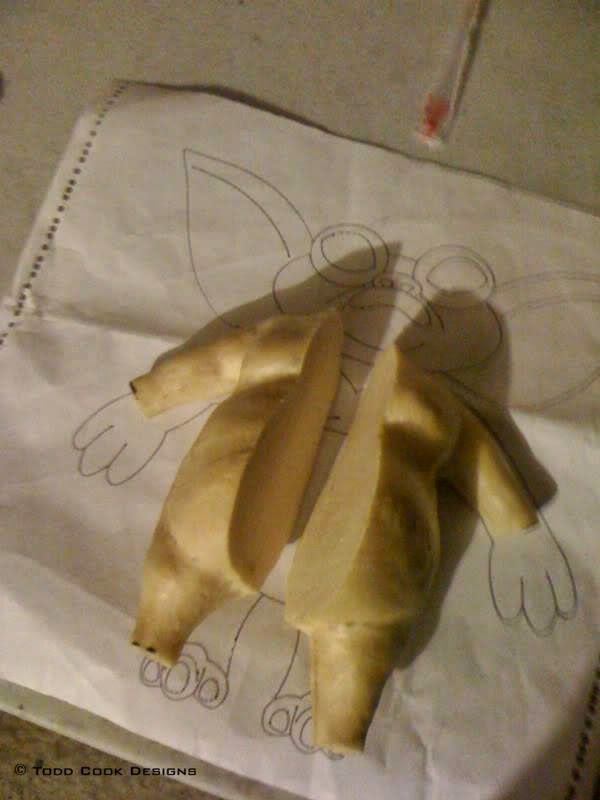 Once that was achieved I drilled a couple screws into him to hold the 2 halves together so I could glue the 2 pieces back together. 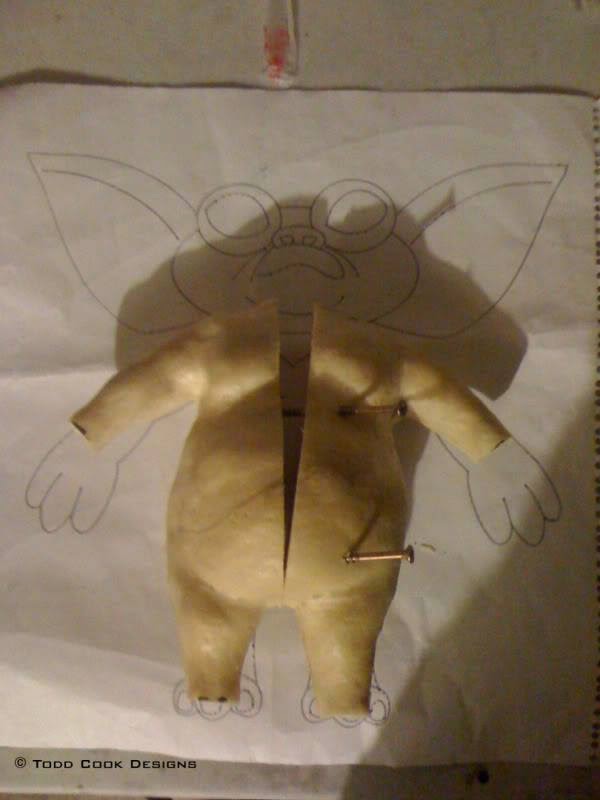 As you can see from the picture that only the shoulders needed to be expanded out. Since the body was cast in a urethane foam I used the spray foam in a can (the stuff used to seal crack and gaps in your house) to seam him back together. 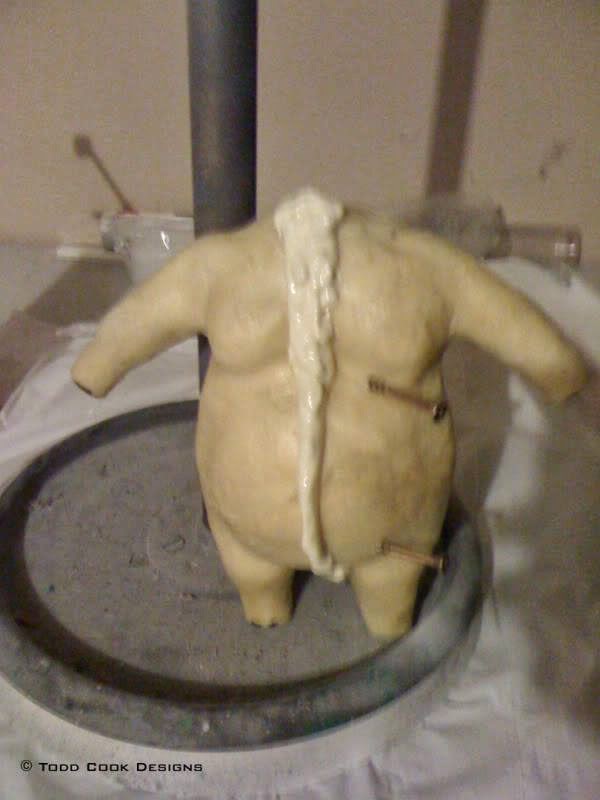 As soon as the foam completely dried I was able to carve back the shape of the body and add a little bit of filler to smooth out the section. Now it did not matter if the section was completely smooth as fur would be glued over the top anyways and you would never see where the seam was created. The picture below shows the finished seam along with the hands, feet, head and ears attached. 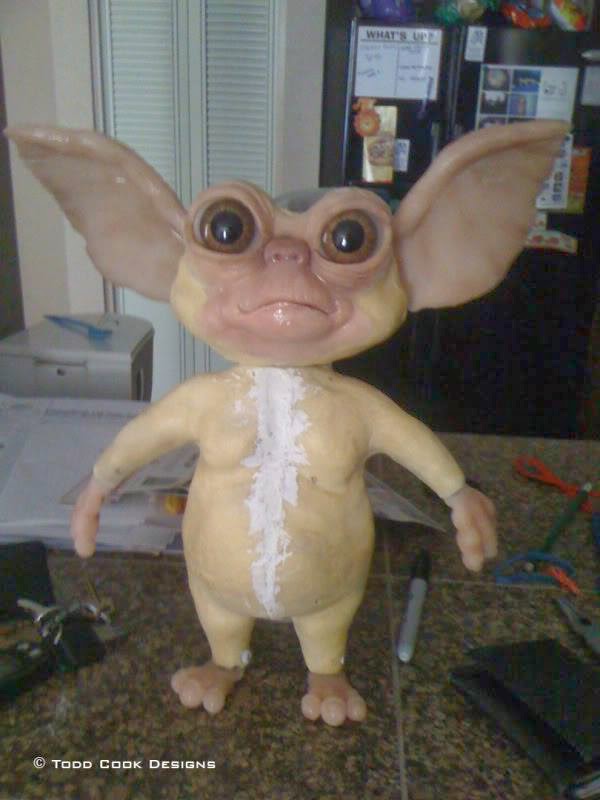 Now that the base of Gizmo was finished it was time to start the long process of applying the fur. I had templates made from my first Gizmo that aided me in speeding up the fur process. Each piece was cut, trimmed and seamed very carefully into each other as to not see where they connected. 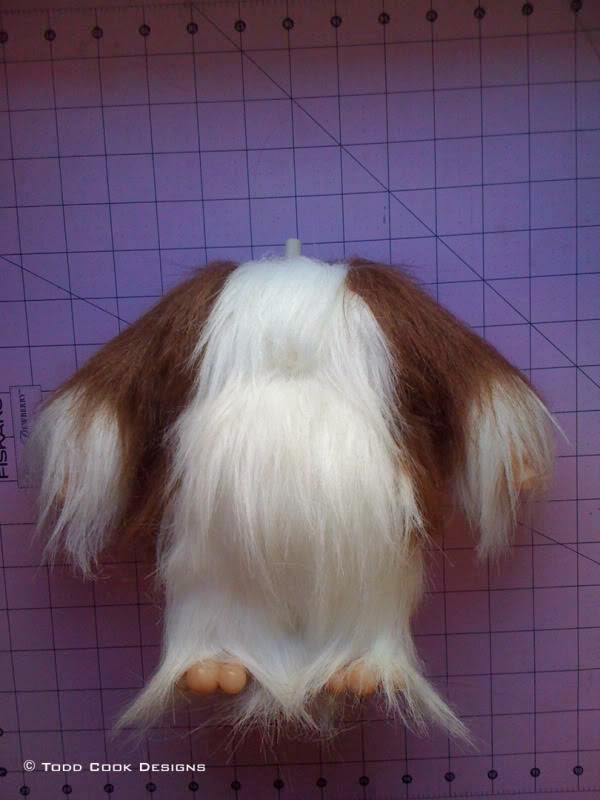 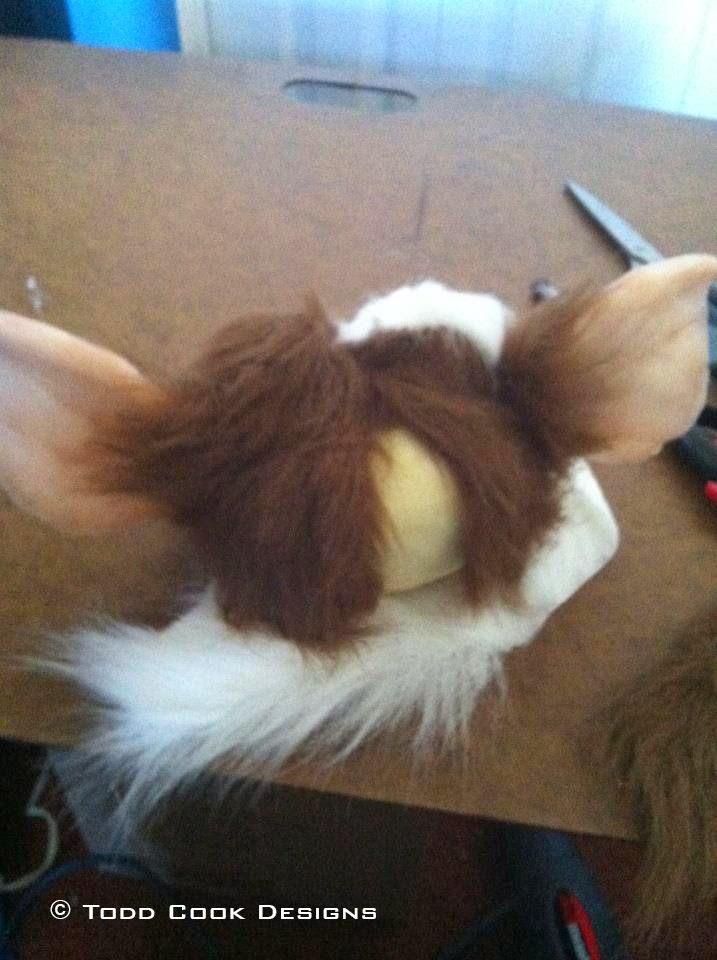 The final step in assembling this Gizmo was adding his claws. Because his hands and feet are silicone I wanted him to have hard claws instead of silicone cast in claws. I ended up using plumbers putty to hand sculpt each individual claw. They were then super glued to the silicone and painted. 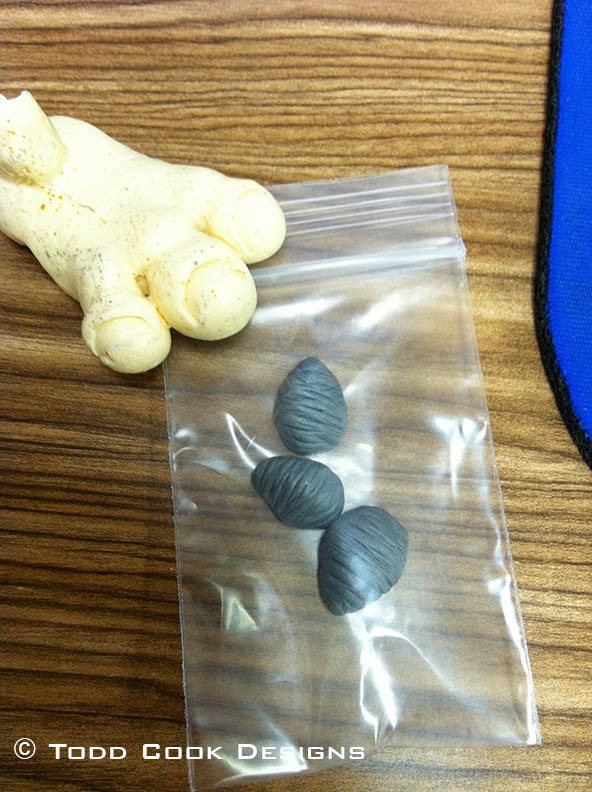 Once that was completed, Gizmo was finished. He was finished up right before Phoenix Comic Con 2013, so of course he was one display at my booth. Here are a couple photos to show the finished project. 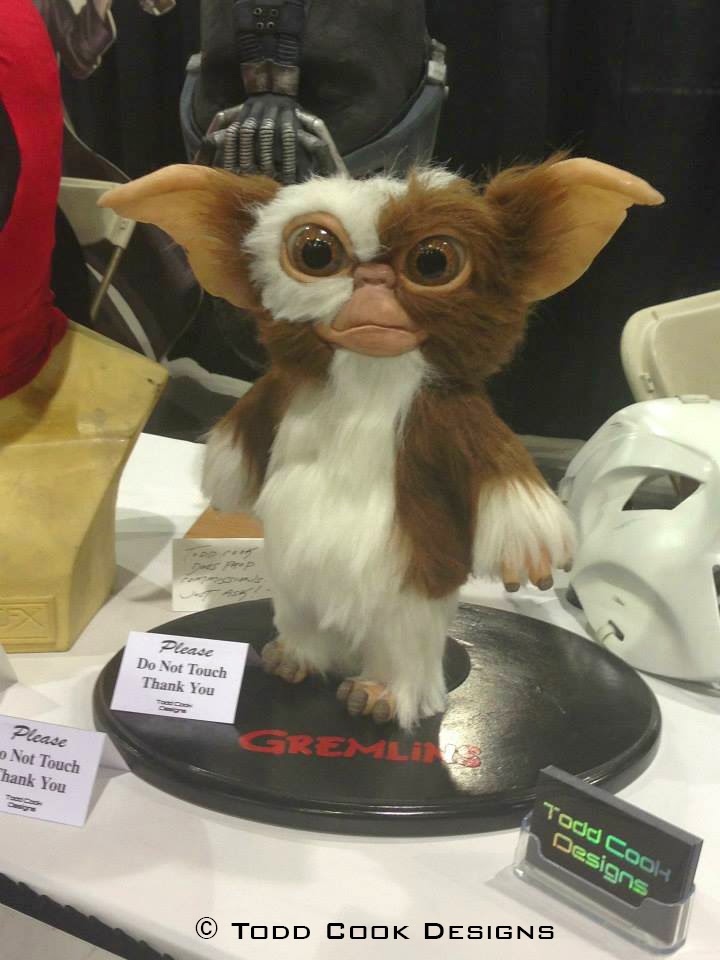 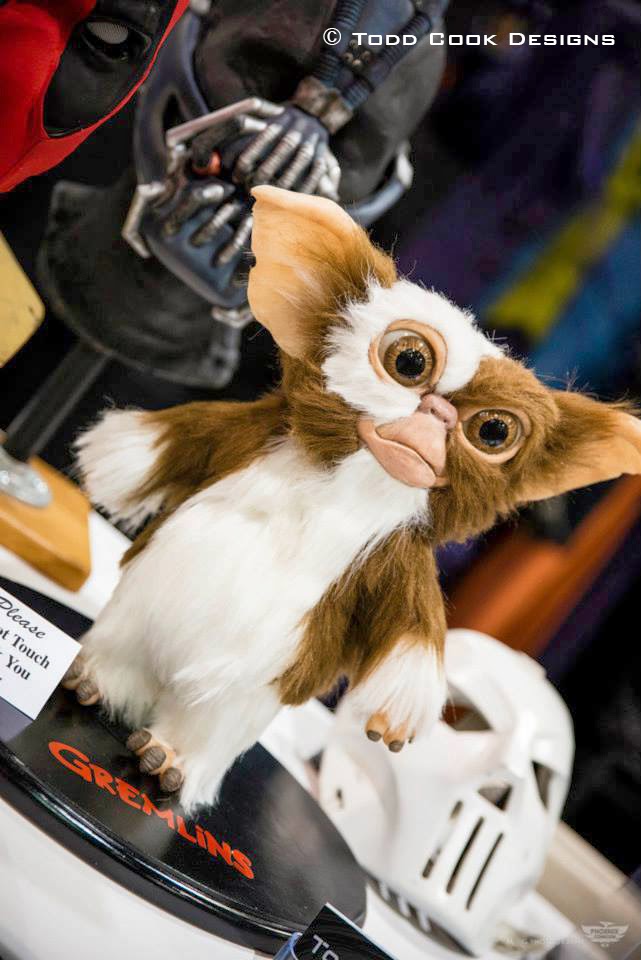