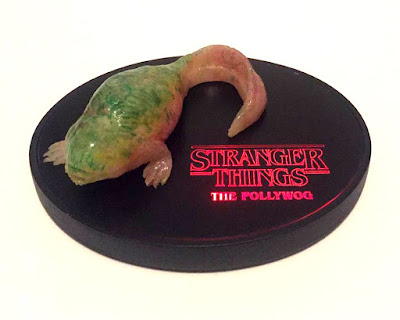 Now that Stranger Things 2 has been released and we have all seen Dart the pollywog, who wouldn't want one. Ive been obsessed with this show since season one and now with the new release of season 2 I just knew I had to have a baby Dart. So break out the sculpy clay. He was sculpted in a matter of hours and then quickly molded as I wanted a quick turn around project. Because after all I have lots of other projects sitting on the back burner.

Here is an early sculpt trying to figure out the shape and size that I wanted. 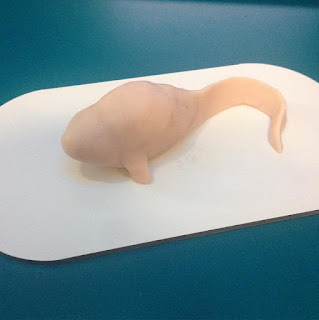 This is the final sculpt with an early version of how the base plate might look. 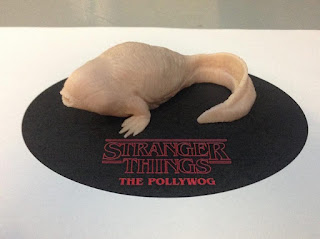 I knew that with his base I wanted glowing letters to simulate the Stranger Things on screen logo. To achieve this, I laser cut clear acrylic to shape, painted it black and then engraved the logo. It was then back lit with a red LED. 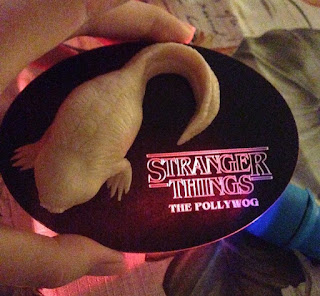 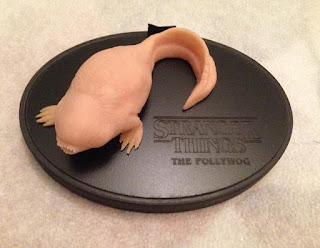 Cast piece on the completed base (lit) 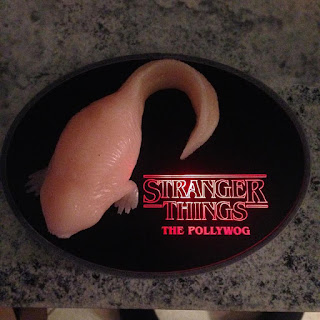 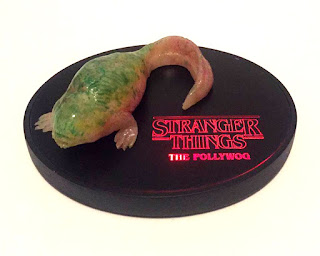